The Narnia Code: A Review 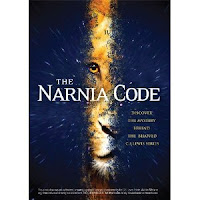 Michael Ward may not be a household name in every neighborhood, but it certainly has become one among fans of C. S. Lewis’s The Chronicles of Narnia. Ward writes and speaks widely on his discovery about the Chronicles that could be as significant for Lewis research as the discovery of the Dead Sea Scrolls has been for biblical studies.

I heard Ward’s name for the first time late one evening in 2005. Our son Jeremy called to tell me about a lecture Ward had just given at Gordon College. Jeremy said that this scholar believed that there is a direct connection between the Chronicles and seven planets in the heavens. I was skeptical, but our son’s enthusiasm prompted me to keep an open mind.

Soon I discovered that Michael Ward is a rising star among Lewis experts. He is a priest of the Church of England who, for a time, was resident warden of the Kilns, the late professor’s home. I read two of his articles: “Narnia’s Secret” in Touchstone magazine (2007) and “C.S. Lewis and the Star of Bethlehem” in Books & Culture (2008). I devoured his book, Planet Narnia: The Seven Heavens in the Imagination of C. S. Lewis, a lengthy study of Lewis’s fiction and some of his non-fiction relative to the medieval planets. I even listened to an extended interview of Ward by Ken Myers in Mars Hill Audio.

The articles, book and interview convinced me that Ward had made a discovery that brings to light a previously unknown feature of The Chronicles of Narnia. Ward argues convincingly that Lewis secretly based the Chronicles on the seven planets known to pre-modern people as Jupiter, Mars, the Sun, the Moon, Mercury, Venus and Saturn.

I set aside Planet Narnia thinking that would be the end of it. But no, in May 2011, I heard that Ward had written yet another book on the subject—this time with the dubious title, The Narnia Code. I also discovered that the BBC had produced an hour-long documentary on the topic. Would there be no end to the spin-offs?

When I showed Ward’s latest book to two of my friends, both wondered if anything good could come from a title reminiscent of The Da Vinci Code. But the adage, “Don’t judge a book by its cover,” cuts both ways. Once again I remained open to the possibility that this book would be a valuable resource. I was not disappointed: It has much to offer, especially for readers unlikely to tackle Planet Narnia.

Ward piques our interest early on by describing the mystery: The Chronicles appear to be, as Lewis’s friend J. R. R. Tolkien expressed it, thrown together from different traditions (talking animals, English children, fauns and centaurs, Father Christmas, etc.) for no apparent reason (7). Early reviews expressed that the books were “effectively planless—just Lewis having fun and not taking much care how.” One critic described Narnia as a “jumble,” “full of inconsistencies.” Another wrote that the Chronicles were “uneven” and “hastily written.” A third suggested that Lewis wrote “glibly” in a “wizz-bang, easy-come-easy-go, slap-it-down kind of way” (6).

The appearance of Father Christmas in The Lion, the Witch and the Wardrobe is an obvious example of this mystery. Even as a six-years-old, “[Ward] somehow felt that Father Christmas belonged to a different kind of story world” (2). The issue gnawed at him until the solution came to light one evening as he read Lewis’s poem, “The Planets.” It was Ward’s keen awareness of Lewis’s life and work that led to the discovery that had eluded scholars for six decades.

Ward carries us along, as in a good detective novel, to give the sense that we are solving the mystery ourselves. Chapter one demonstrates that Lewis’s manner of working was anything but careless. One bit of evidence is a testimonial by Lewis’s friend Owen Barfield. He wrote that “what [Lewis] thought about everything was secretly present in what he said about anything” (9). If that is true, ideas from Lewis’s non-fiction works and poetry would also be present in his Narnian tales. Ward shows us those connections throughout The Narnia Code.

His second chapter points to the atmospheres of the planets. According to Lewis, a good story has the flavor or feel of a whole world. We read a story over and over because of its atmosphere. We are no longer surprised by the details; we are enthralled by its taste (23-24). In this way Ward introduces the notion that each of the Chronicles has a distinctive and identifiable atmosphere consistent with its corresponding planet.

In chapter three, Ward explains Lewis’s view of the cosmos. Lewis was fascinated by the Copernican Revolution that began during the sixteenth century. Prior to Copernicus, people believed that the Earth was the center of the universe; but in 1543 Copernicus unveiled his theory that the planets revolve around the Sun. Lewis pointed out that the pre-Copernican cosmos ‘tingled with life;’ but as the revolution spread, people began to see the universe merely as a mechanism.

Even though this pre-modern image had been disproven scientifically, Lewis believed that we should treasure it as part of our connection with the past (31-32). He loved this view of the cosmos expressed by medieval poets. It provides an array of colorful and meaningful symbols. Through it we can appreciate the spiritual significance of the universe (36-37). This view of the heavens prompted Lewis to read Psalm 19, “The heavens declare the glory of God; the skies proclaim the work of his hands,” quite literally.

Accordingly, Lewis believed in the influence of the planets (28, 41); he believed in their permanent value as spiritual symbols (42); and he believed in “the music of the spheres” (42). Ward concludes that Lewis structured each Chronicle “so that it would embody and express the spiritual quality of one of the seven planets” (42).

Chapters four through ten comprise the heart of the book. Each chapter conveys the atmosphere of the story and the influence of the planet it represents. Ward helps us see the spiritual symbolism of the stories. He enables us to listen to the music of the spheres and to observe the heavens.

The final two chapters are like the application in a well crafted sermon. First, Ward points out that Jesus shines in the Chronicles as he does in the seven-branched candlestick of Revelation 1:12-13 (131). The seven-fold portrayal of Jesus in the Chronicles is also analogous to the four-fold portrayal of Christ in the Gospels. The splendor of the Christ-figure, Aslan, is arrayed in the imagery of the planets; so we see Him as King, Commander, Light, Mirror, Word, Life and Mystery (131-132).

Finally, Ward points out that we will see Christ in the Chronicles by keeping the lens of our telescope clean. We need fellow-believers to guide, encourage and rebuke us. That happens as we pray, read the Bible and eat the Lord’s Supper together (142). Ward closes with an inspiring illustration of how his own lens was made clean. An older mentor, an acquaintance of Lewis, gave him wise counsel that led to this magnificent discovery about the Chronicles. His humble expression of gratitude is a fit finale consistent with the book’s style.

In spite of its regrettable title, The Narnia Code is a valuable resource that should have a wide audience. Of the two, I prefer Planet Narnia for its more thorough analysis of Lewis’s work. Yet I value the “younger brother,” as Ward characterizes it (29), for its easy-going style that makes the relationship between the Chronicles and the planets more memorable. Some will accept the challenge of Planet Narnia. Most will be satisfied with this revision.
at 8:25:00 AM

For over forty years Stan has developed people and organizations through preaching, teaching, organizing, writing, motivating, and listening. He especially enjoys interacting with people in one-to-one and group settings.

Stan has a Master of Divinity from Gordon-Conwell. In 2012, he completed a certificate program in spiritual direction from Selah (http://leadershiptransformations.org/selah.htm).

Conversant with computer software and the Internet

Video-conferencing via Skype and other software

Stan led an organization that was on the brink of disbanding. Through his leadership it became a more vibrant cohesive group, optimistic about its future. He led its members in group activities. He also worked with its leaders to evaluate and update the organization's purpose, financial health, and organizational structure. As a result, the group became healthier, larger, and more outward focused and welcoming.

He led a group in a ten-week discussion of Tolkien's The Lord of the Rings. The majority of the participants read 100 pages per week to prepare for their sessions. He met with the group for two hours each week to discuss the contents, truths, and applications of this beautiful piece of literature.

For several years Stan led a multi-week training course for an organization. The purpose of the training was to help members understand and communicate the organization's core values with potential members. He recruited people to be part of the training, taught them how to clearly express the principles, and provided the means for them to be in touch with potential members. Leaders emerged from this training program, confident in their ability to communicate.

A Sampling of Favorite Films